The Morrison Government will engage with Australians far and wide to help design a program to support female business founders.

Minister for Industry, Science and Technology the Hon Karen Andrews MP said she wanted to hear as many voices as possible to finalise the $18 million Boosting Female Founders Initiative, which was announced as part of the Government’s Women’s Economic Security Statement.

“We want to give businesses led by women the best opportunity to succeed so that they can strengthen their financial security and boost the Australian economy,” Minister Andrews said.

“This program will help start-ups founded by women to access early stage capital and overcome barriers needed to get their ideas off the ground and go global.

“It will also ensure the entrepreneurial needs of diverse groups are served, including female entrepreneurs in regional areas who don’t have the same support as those in our urban centres.”

“Women's full-time employment and female workforce participation have reached record highs under our government, the gap between the superannuation balances of women and men is closing, and we now have the lowest gender pay gap on record.

“Through initiatives like the Boosting Female Founders Initiative, we are delivering greater choice and more opportunities for Australian women, including by helping women establish their own businesses,” Minister Payne said.

Consultations will be undertaken with stakeholders throughout September 2019 to inform key elements of the initiative prior to its launch in 2020. The consultation is open until 4 October 2019.

Grants will be available over three years from 2020 on a co-contribution basis.

Details about how to provide feedback on the discussion paper are available at consult.industry.gov.au/science-commercialisation/bff-design 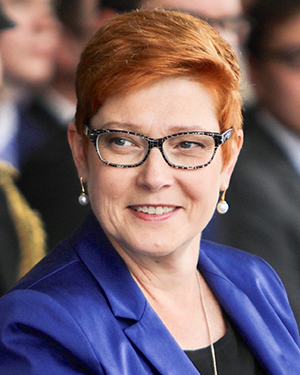